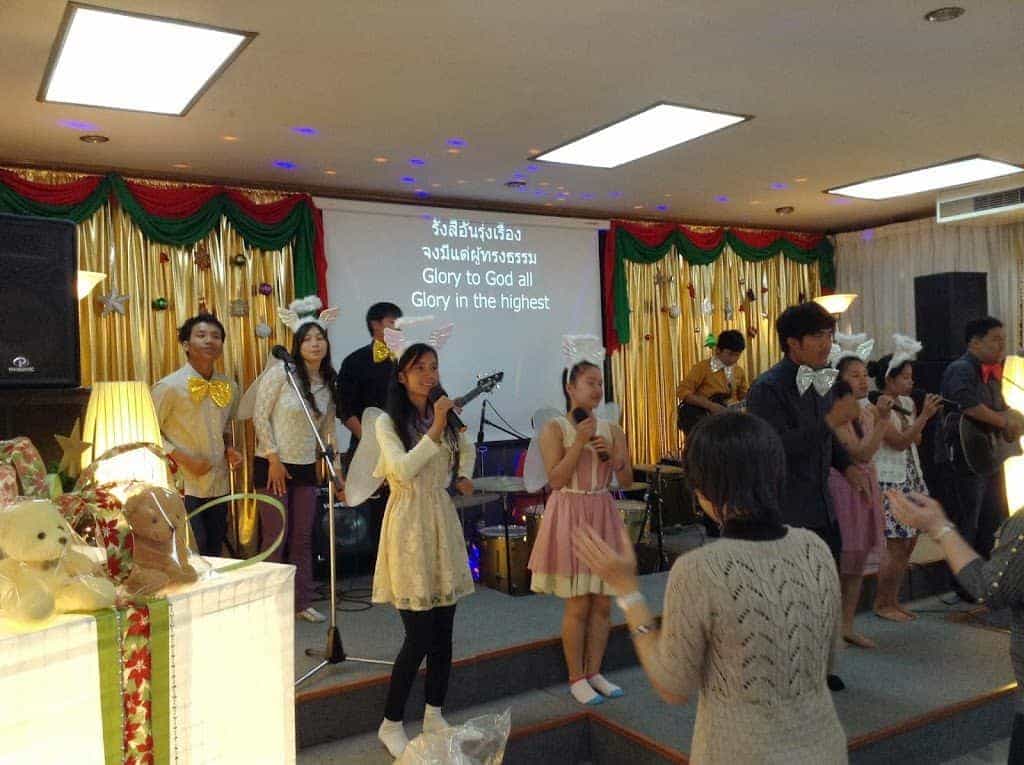 Close to 1000 Hangdong people came for
The River Christmas Special
on December 22, 2013!
The River Team went carolling in the community. They kept up their visits to people’s homes and then  put out an Awesome Party for All!
Sunday, December 22nd began with The River Christmas Worship Celebration. This was a beatutiful family event with lots of music, learning about the True Meaning of Christmas and exchanging of gifts.  A delicious rice meal and sweets were served afterwards.
As the sun was going down, the grounds of The River Centre quickly filled up with people coming from the communities closeby. The numbers swelled to nearly 1000! Everyone ate together and then watched youth and kids presenting wonderful music and drama performances. Their families, friends, teachers, and community leaders were genuinely touched by the joyful and warm atmosphere totally unlike the boozing and coarseness usually seen in such large events.
Everyone was welcome! The River Band sang songs of praise unto God, which rose to the open heavens and impacted the hearts of all who were present.
The message was one of  joy and hope. The banners and team T-shirts all carried the same message: “NEW LIFE BEGINS!” This is especially important right now, as Thai people are facing a time of serious political turmoil and uncertainty. 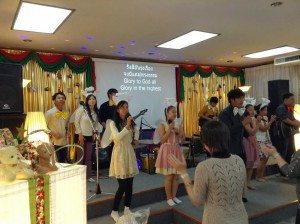 The River Band sang “Glory to God in the highest”! 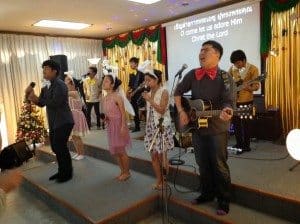 “Our lives are planted on The Solid Rock and we can’t stop singing songs of adoration to Him”! 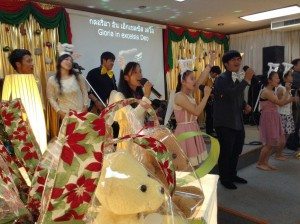 Giving gifts in gratitude towards the Greatest Giver of all…. 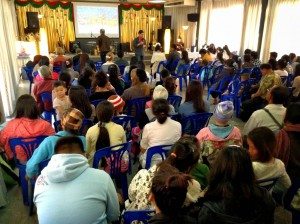 People from many languages and people’s groups…. 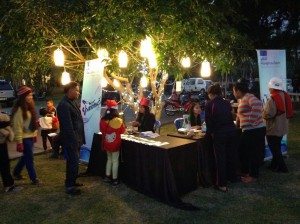 In the evening, the grounds of The River began to fill up with people…. 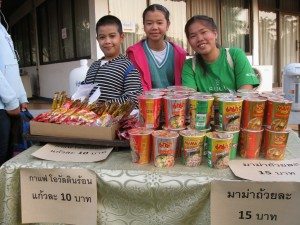 Nat (rescued from abuse and healed by God’s love), wearing the green team shirt, with her friends serving at the fundraising table. “All Proceeds are used to help OUR community!” 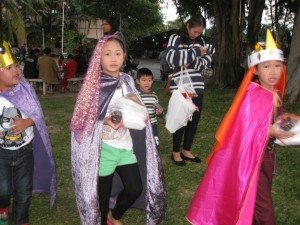 The River Kid’s Club Kids getting ready for their performance… 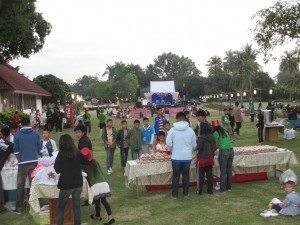 Everyone got a noodle meal and something sweet:) 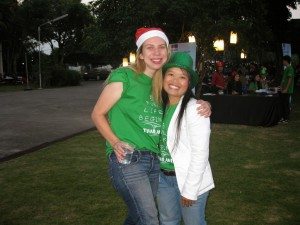 Bek (left) and Ta (right) – one born in an Aussie city, another in a mountain village of Thailand. Today sharing the same hope, peace and joy in God. These girls live to see Thailand healed! 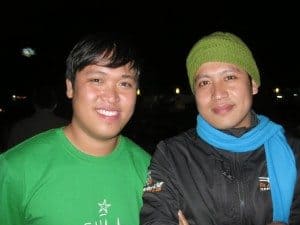 Noom (left) -released from addictions and hopelessness, now serves full-time in The River Team. Here with his cousin from Hangdong community. 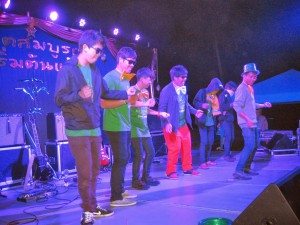 Follow the leader..’.So cool’. The crowds loved it! These young men are training to become leaders for the best cause of all! 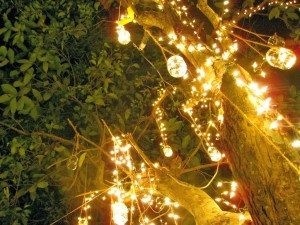 The grounds of The River were beautifully decorated, depicting the theme: “The Light Has Come”. 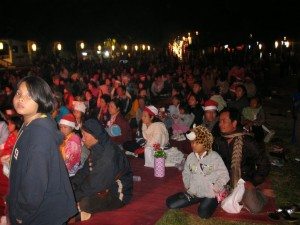 We’ve never seen the audience so attentive and captivated by the program. “Our kids can speak English and sing so well!”Although it was rather cold, no one seemed to allow the weather to dampen their spirits. 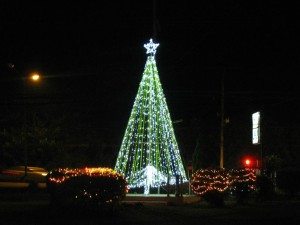 The River Christmas tree, standing tall by the main road of Hangdong! 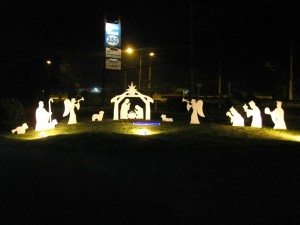 The Story of Christmas was also displayed by Hangdong Road.
Thank you for your part in delivering
God’s LOVE and HOPE for Thailand!
NEW LIFE BEGINS!
Happy New Year 2014!
Category: UncategorizedBy pixelbirdJanuary 5, 2014Leave a comment