THE RIVER FLOWS TO BANGKOK! 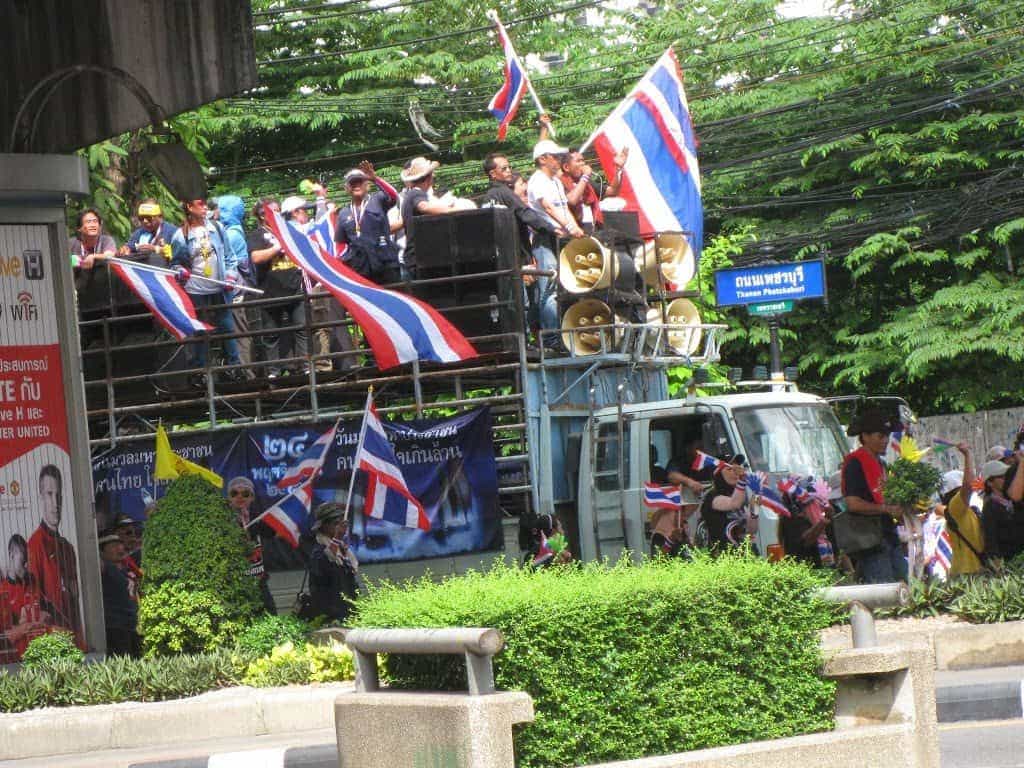 The River Launches in Bangkok

On Wednesday the 27th of November 2013, at 7:30pm,  The River hosted it’s very first event “The Gathering” in the heart of Bangkok, Thailand!

The Venue:
“The Gathering” took place at LIDO Theatre, a cinema hall located in well-known Siam Square in Pathumwan district. This was a miracle, as the management never hires the venue out at night when people are free to come to movies!
The Timing:
Incredibly, “The Gathering” in Bangkok was to co-incide with serious polictical upheaval in the nation!

The news reports around the world continue to report on Bangkok streets being filled with increasing numbers of demonstrators determined to topple the present government! The situation is escalating and already resulting in fatalities. 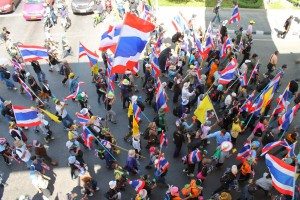 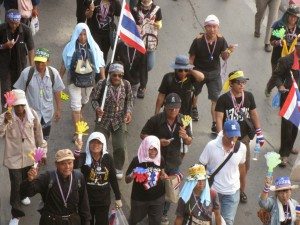 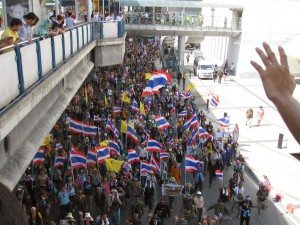 Let’s go back in time a little:

2010 BKK was in chaos due to a prolonged series of political protests by the National United Front of Democracy Against Dictatorship (UDD) (known as “Red-Shirts”) against the Democrat Party-led government. The “Red-Shirts” demanded the Prime Minister to dissolve the parliament and call for new elections. The negotiations failing, protests escalated into violent confrontations between the “Red-Shirts” and the military. Some 100 civilians and 6 soldiers were killed, and in excess of 2,100 were injured.
During the height of this dispute, Erik travelled to the epicentre of unrest. He was hugely impacted by the uncompromising and fervent fight for  “a New Thailand” – by the normally unmilitant Thais.

This “epicentre” of the battle for a “new Thailand” was the district of Pathumwan. This is where the nation’s business, higher education, entertainment,  transportation and technology are centred.

THE BIRTH OF A VISION in 2010
Young Thai men and women rising up to invest their lives to bring FULL LIFE to this nation!
A church large enough to reach nations, yet small enough to be a family, which truly cares for and empowers people!

Just like in the lead up to the launch of the work in the South, The River went into a season of unrelenting praise to our Lord over BKK!  Our faith increased to see a church rise up in BKK, which will release young Thais to bring healing to their nation and beyond!
In 2010 we did not have the capacity to even entertain a dream for BKK. Today we do! The River Team has matured. Our values, culture and skills has developed. New people have joined in – some saved in Hangdong! The River  has become apostolic in nature, sending and planting in new areas. We also have the support of an increasing number of believers in Australia and elsewhere, who are strengthening and stretching our capacity to accomplish the task God has called us to!

The venue for our lanch of Bangkok work was LIDO Theatre, which is in close proximity to the huge MBK shopping mall. 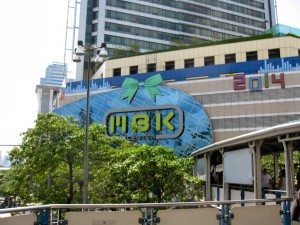 The River Team travelled from the North and the South of Thailand to undertake an event far beyond their natural ability!

Passionate worship at “The Gathering” in Phatumwan Bangkok
on Wednesday the 27th of November 2013
Pastor Jerry Kato from Hillsong Brisbane, preached a powerful message on
“The Unbreakable Hope”.
We do not have the material resources in our hands as yet, but what we do have is…….
God, who has captured our hearts!
EVERYONE MUST HAVE AN OPPORTUNITY TO CHOOSE FULL LIFE IN HIM! 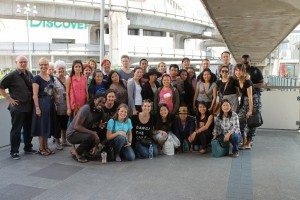 THANK YOU and God bless you.