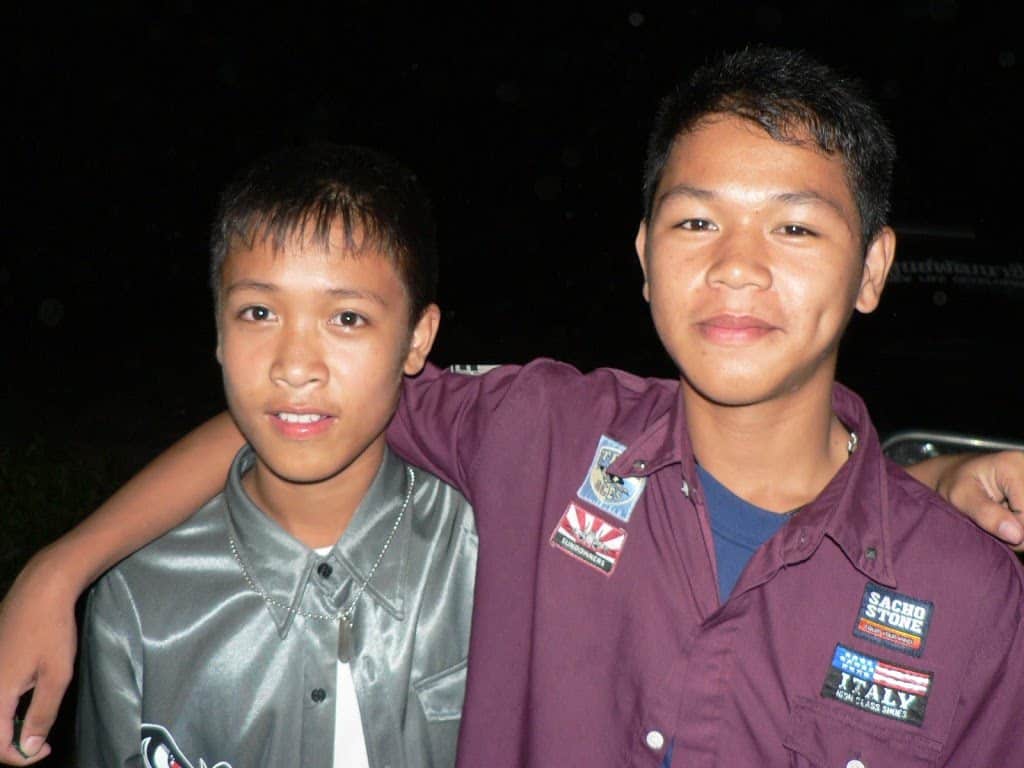 Noom and his “family” were one of the first in Hangdong, which our team befriended some 8 years ago. Noom’s mum and dad had died of AIDS and he now lived with his brother and grandma.  This little “family” struggled to survive in the seemingly uncaring urban community.
Our team began to empower Noom’s family to improve their situation. Noom was enabled to concentrate on his studies, because our team connected with his school, made weekly visits to his home, picked him up for Kid’s Club and so on.  In those days, our base was a crammed shophouse building. Later on we moved to the much more spacious property, which became know as The River. Noom, by this time already in his teens, came with his  friends to hang out and practice music. 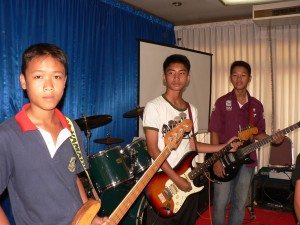 At times, the scream-style “singing” and ear-breaking loudness of the “music” was pretty challenging to listen, but we knew that these boys were with us for a reason. They were hugely excited about opportunities to perform at the combined Community & The River events. Then there were the camps, where they met ” purpose-living” young people. Noom loved it, but felt like an outsider.
As a teenager, the pressures of home, the gripping sadness in his heart, and the influence of his peers led him to seek comfort in places, which proved to be more like traps. He became addicted to drugs and before long was also selling them to support the habit. Grandma and brother were aware of the situation, but unable to help.
One day, at his lowest point, Noom suddenly remembered something he had heard so many times at the Kid’s Club: ‘Pray to God’. In desperation, he cried out, “God, help me!” Immediately, something unexplainable happened: Although he was physically alone, he felt the presence of God! It felt like FREEDOM! He was instantly set free from the bondage of drugs!  On 19th of August 2012, Noom came to The River and made a public confession of his new-found faith in God!
Today, Noom is an enthusiastic musician in The River Worship band! He is also now a full-time member of The River Team and loves working with kids and youth. 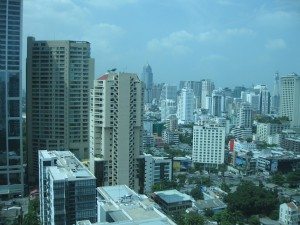 In October, as part of  The River Team, Noom made his first-ever trip to Bangkok!  At a large International Network Event, Noom served as one of the volunteers.

At praise and worship times he joined others right at the front to experience first-hand the joy of  truly “belonging” to the ever-growing number of young people, who have found their purpose in living for God!

The young generation of Thailand long to know the FREEDOM and HOPE Noom has already found! 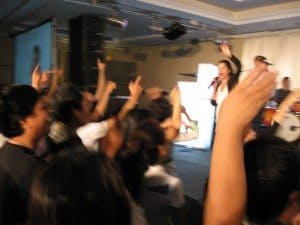 We trust that you have been encouraged by Noom’s story!