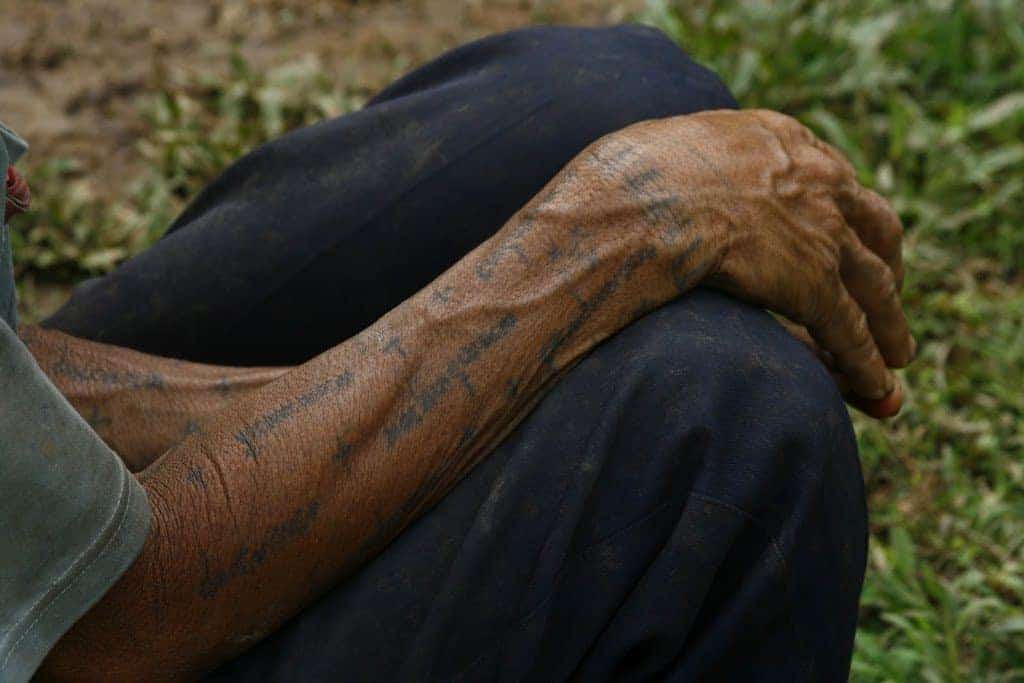 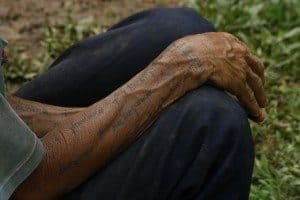 For a witchdoctor, the spirit world is more real that the world he sees with his natural eyes. Every moment of his existence revolves around spirits. He acts as a go-between for the villagers and the spirits. He calls on the spirits for advise and guidance. He seeks for ways to appease the spirits, which very often requires animal sacrifices to be furnished by the troubled souls seeking the witchdoctor’s help. The witchdoctor also declares curses on people deemed to deserve suffering – even death.
Nights are difficult for the witchdoctor and his followers. The spirit realm is real and it does not rest. Fear and tormented thoughts are a norm in the villages. They know no other way to live.
The River Team made contact with the Village of White Sand.  The Team is committed to praying for freedom for the people of the mountains, while they also “go out, seeking for the Lost”. Because of this commitment,  relationships were formed with the villagers…and then one day…. the witchdoctor’s eyes were opened!  February 2012 marked the time when The Good News truly reached the Village of White Sand! The witchdoctor  walked through the “door” to salvation and freedom in Jesus Christ! Eight villagers followed him in making this decision. They all are amazed in experiencing restful sleep for the first time in their lives! Other villages are now in the process of changing their allegiance to the living God!
Keep praying for the Lost to be found!
Category: UncategorizedBy pixelbirdMarch 5, 2012Leave a comment