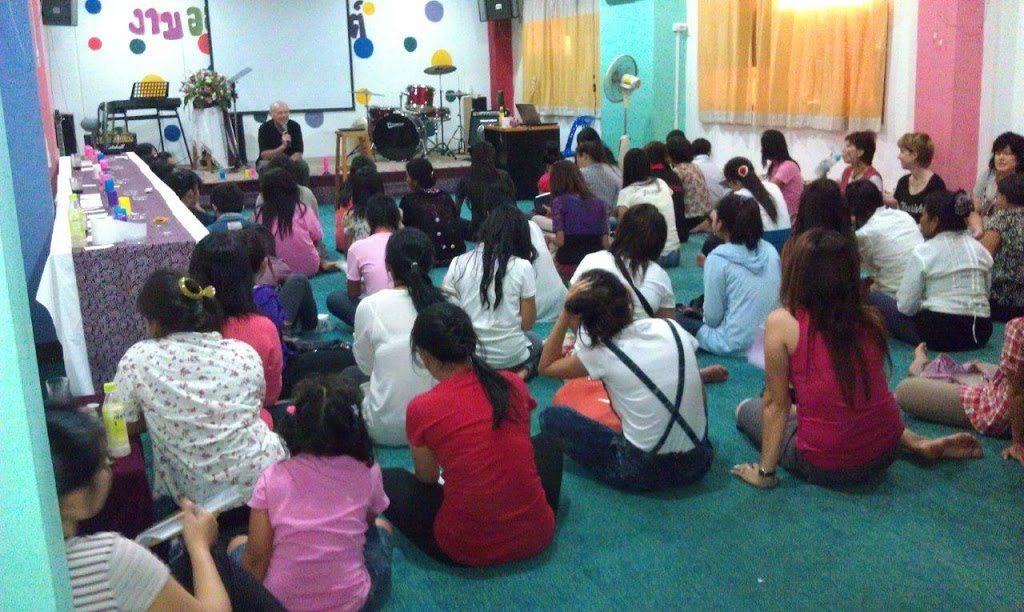 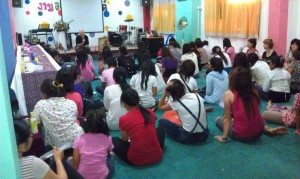 In March, our women’s leaders gathered together for the annual River Women’s Conference, this time, at The River Convention and Training Centre! Although the main meeting hall was occupied by  another event, our team creatively transformed the Kid’s Club facility into nice venue for the women. Delegates came from most of our target communities.
The atmosphere was relaxed and unlike previous years, everyone sat on the floor! Each woman was given a team colour, which automatically placed her in group. This created a sense of belonging and resulted in lots of friendly competition!
On a fun note, the women went “sarong swimming”. For many, this was the first time in a swimming pool, so wearing a sarong was the way to go! 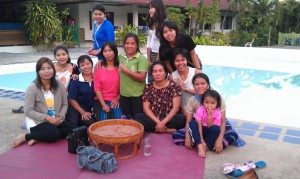 The teaching was on relevant topics, such as Team Work, Sexuality, Relationships and Character Formation.
Exploring the topic on Team Work started from identifying The River Missions Statement. The formation of our character, our strengths and weaknesses, which impact our performance as a team member.
The critical issue of gender identity was introduced through clear and balanced presentation on sexuality. This also included testimonies. For most of the delegates, this was the first time they heard teaching on this topic. 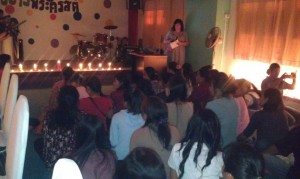 The women were then challenged about the the power of the tongue. The teaching included great object lessons and examples on the damage caused by carelessly spoken words, which destroy relationships and even our own lives.
To flourish means “to be fully alive!!!” The women explored what “fruit” looks like. Each one received a small pot plant, representing their individual lives. They asked God to grow, water, and prune, so that they will become more like Him.
For the time of communion, the room was lit with lots of candles. One lady expressed her impressions as follows, ‘it so struck me that the way they had done it really created the atmosphere for the Holy Spirit to move.  They had “laid the table” for us to come and eat and meet and commune with God.’ Many women just wept in the presence of God. 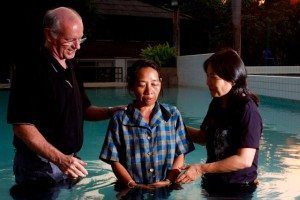 There were women, who made the decision to receive Salvation and wanted to be baptised as a public confession of their faith. Many were filled with His power!
The River Women’s Conference 2012 was a great success, which will be evidenced by the fruit the women will bear in the days to come! 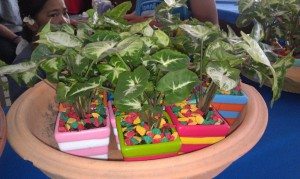